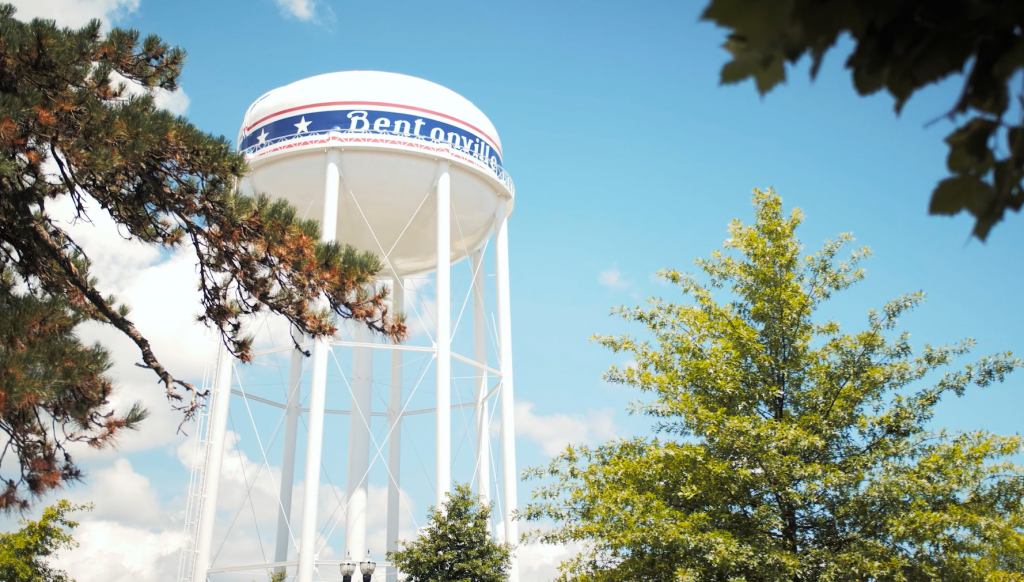 On April 1, 2021, McGraw REALTORS® announced the opening of our fourth Arkansas location at 1703 Phyllis St, Bentonville, Arkansas. For 82 years McGraw was an exclusively Tulsa and Northeastern Oklahoma company, but in 2020 we embarked on a rapid expansion. With the acquisition of Anderson Properties in January 2020, McGraw grew from just five offices to eighteen in two states! Now with our nineteenth office, we are able to fully serve Northwest Arkansas as well.

Our company president Bill McCollough has spearheaded this vision for growth and expansion, and is excited about what moving into Northwest Arkansas means for the company. “When we moved into Arkansas last year, we knew that we wanted to be in Northwest Arkansas sooner rather than later,” McCollough said about the move, “There is a buzz about this entire region and the work that has been done to showcase what Bentonville and Northwest Arkansas as a whole have to offer is really appealing.”

Lindsey Schlomann, McGraw’s Principal Broker, is equally excited about stepping into this new market, “Our agents have earned a reputation as specialists when it comes to marketing – especially properties of style and distinction – and serving clients with excellence. Their knowledge and that reputation have earned the McGraw REALTORS® name a great deal of trust with the communities we serve.”

Schlomann has set her eyes toward future growth and a desire to see the culture that has made McGraw successful in Tulsa cultivated throughout the region, “We look forward to putting that reputation on display in Northwest Arkansas for years to come. It is an exciting time to be a part of McGraw!”

McGraw REALTORS® Arkansas Principal Broker, Susie Sparkman, is a Northwest Arkansas native. She is excited to see McGraw continue to grow in the region. “Being from Northwest Arkansas, I’ve always desired to have an office here. I am excited to be a part of a company that sees the growth and potential that exists in the area, and this move gives me the ability to help my family and friends in one of the fastest-growing regions of the state.”

As the office takes shape, local REALTORS Victoria Watson and Stephanie Funk lead the charge in establishing McGraw’s presence in the area. Victoria is a California native who moved to Northwest Arkansas when her son started his undergraduate degree at the University of Arkansas in Fayetteville. She has spent more than nine years in real estate following a career as a network television executive.

Victoria is stepping into the role of Executive Broker for the new Bentonville office and will be the leading edge of McGraw’s presence in the region.

Stephanie Funk has lived in Northwest Arkansas for over twelve years and has grown a successful real estate career over the past two years. Stephanie is an expert marketer, and founded a successful start-up, and was the Vice President of Strategy & Engagement for Metova, Inc in the Fayetteville area.

Together, both Victoria and Stephanie give McGraw REALTORS® a solid foundation in the area and add to the legacy of strong, female leadership that has come to mark the company from top to bottom.