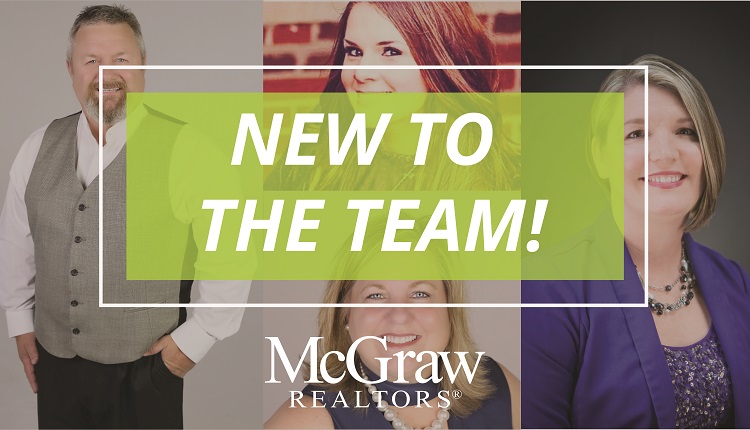 This December we have added several new agents to the McGraw REALTORS® family, and we are excited to have them join our offices!

Here is what you need to know about each new agent.

Darron Dorethy has joined McGraw REALTORS® Memorial Office. Dorethy was born in Lamesa, TX and graduated from Denver City High School before attending Texas Tech University. He spent twenty years working in animal health care, and then several years in sales. In his spare time, Dorethy enjoys woodworking and building. He moved to Tulsa from Texas six years ago and obtained his real estate license in 2017, and in November he joined McGraw REALTORS® with his wife Kelly.

Kelly Dorethy has joined McGraw REALTORS® Memorial Office. Dorethy was born in Odessa, TX and graduated from Denver City High School. She obtained a bachelor’s and law degree from the University of Tulsa and practiced law for twelve years. She has also been employed as a college professor and middle school teacher. Dorethy moved to Tulsa in 1993 and obtained her real estate license in 2017. She joined McGraw REALTORS® in November with her husband Darron.

Esther Foley has joined McGraw REALTORS® Owasso Office. Foley was born in Tulsa, OK, but grew up in Maysville, MO just outside of Kansas City. She graduated from Maysville High School and went on to obtain a bachelor’s degree in Christian Leadership from Heritage University & Seminary. She spent several years working as the children’s director at her church before transitioning to real estate in 2018.

Foley and her husband have lived in Oklahoma for the past eighteen years. When asked why she chose McGraw, Foley said, “I chose McGraw because I fell in love with the leadership, [the] company is so well run and provides so much great support to their team!”

In her spare time, she enjoys spending quality time with her children and grandchildren, traveling, and kayaking. She also volunteers for Bethesda Free Clinic in Langley, Oklahoma. When asked why she chose McGraw she said, “I love the family and hometown atmosphere of McGraw.”