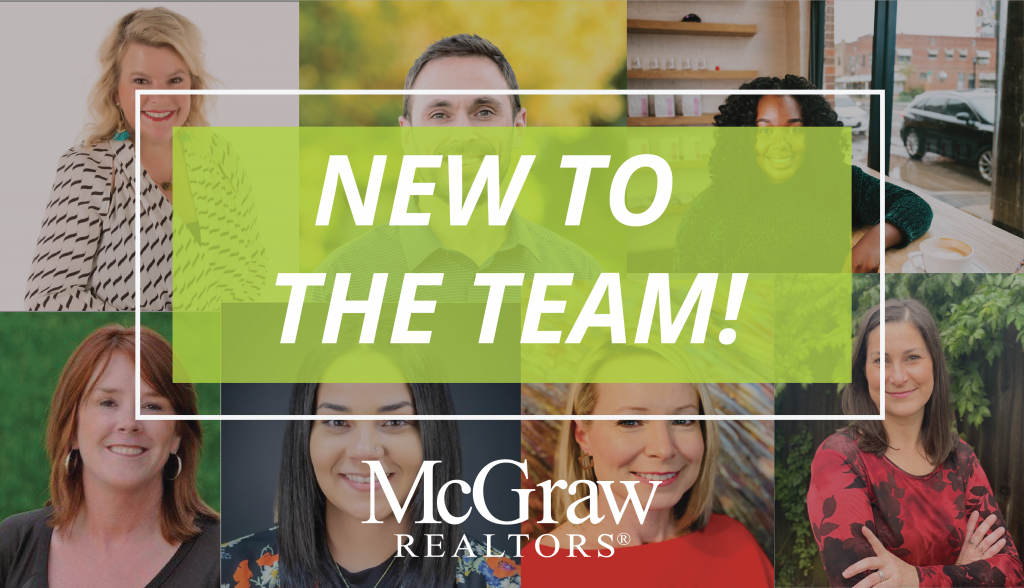 This Fall we have added several new agents to the McGraw REALTORS® family, and we are so excited to have them join our offices!

Here are a few things you need to know about each new agent.

Wilmeth was born and raised in Oklahoma City, graduating from Heritage Hall and later attending Oklahoma State University. After college Wilmeth lived in Colorado from 1995-2010 where she was an active real estate broker and top producer. She received her Oklahoma real estate license in September 2019 and joined McGraw. In her free time, she loves traveling, knitting, watching college football, and spending time with her three dogs.

Phillips is a native Tulsan who has spent his life in the community, graduating from Jenks High School. After graduating from Oklahoma State University in 2006, Phillips went on to teach middle school Spanish for seven years. He obtained his real estate license in October of 2019 and joined the Chris Zinn Group with McGraw!

Graham was born in Longview, Texas but grew up in Tulsa where she graduated from Jenks High School. She later graduated from the University of Kansas Journalism School with an emphasis in magazine journalism. Graham worked for a marketing and advertising agency based in Kansas City, MO for more than 20 years, most recently as an Account Director, and moved back to Tulsa in 2003.

Graham obtained her real estate license in September 2019. When asked why she chose McGraw, Graham said she it was because of the local roots McGraw has, its reputation, culture, network, education opportunities and support offered. In her spare time, Graham likes to travel, spend time at her Grand Lakehouse, read, and spend time with her husband and two girls. She also spends time volunteering at First Baptist Jenks and Tulsa Public Schools.

Garvin was born in Columbus, Georgia and moved to Tulsa when she was seven years old. She graduated from Booker T. High School, and attended the University of Tulsa as a Biology major, and was awarded the prestigious Ann Henry Zarrow scholarship. Garvin completed her degree in Organismal Biology with a minor in Chemistry at Northeastern State University and spent several years in working in the St. Francis Hospital system.

Garvin received her real estate license in 2019 and joined McGraw REALTORS®. She is an active member of Phi Theta Kappa, enjoys serving her community through volunteer work with the Oklahoma Blood Institute as well as One Hope Tulsa which serves the homeless community throughout the city. When asked why she chose McGraw, Garvin said, “their mission to serve the community and the extensive care they provide for their contractors.”

Kring was born in Ada, Oklahoma, but moved to Tulsa at a young age and graduated from Jenks High School. She spent several years working in medical office management and obtained her real estate license in October 2019. In her free time, Kring enjoys traveling with her family and photography. When asked why she chose McGraw, she said, “It felt like ‘home’ immediately. Everyone has been so welcoming and helpful already!”

Berry was born in Tulsa and grew up in various towns across Northeast Oklahoma. During high school, Berry attended Tulsa Technology School studying graphic design and photography. She graduated with her Dental Assisting License and later obtained her CNA license before working as a CNA for four years. Berry worked in healthcare and leasing before obtaining her real estate license in October 2019.

In her spare time, Berry enjoys spending time with her family almost every weekend, doing things with her daughter, going to rodeos and being outside. When asked why she chose McGraw, she said, “McGraw just feels like home! Everyone here seems to want the best for everyone around them. McGraw is not only one big team but one big family and I’m so excited to be a part of it!”

Tjeerdsma was born in Maumelle, AR and later moved to Fort Worth, TX where she graduated high school. She attended Oral Roberts University and obtained a degree in Psychology, and has been in the energy industry for eleven years. She obtained her real estate license in 2017.

Tjeerdsma has lived in Tulsa for the past fifteen years and is happy to call herself a Tulsan. She has been involved with the Junior League of Tulsa for five years and on the Board of Directors for the past two. She is currently serving a two year term on the Nominating Committee with the JLT.