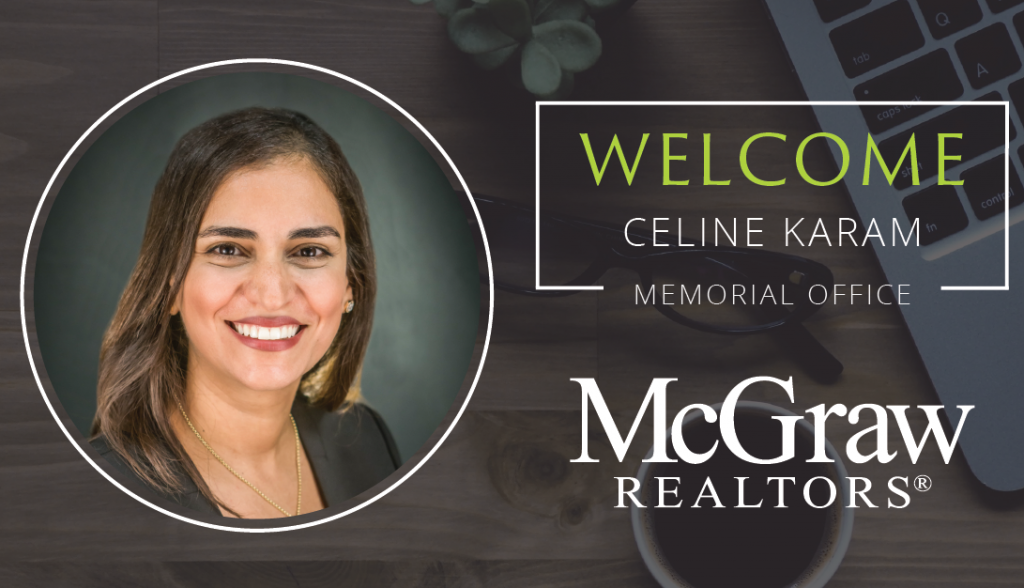 Celine Karam has joined McGraw REALTORS® Memorial Office. Karam was born and raised in Lebanon, and moved to Tulsa in 2004 after marrying her husband. She is an interior and architectural designer as well as an MBA holder from ESA and ESCP-EAP in France. Karam owns an online event planning business and was an Arabic language instructor at TCC for several years. She received her real estate license in April of 2019 and joined McGraw REALTORS®.

Karam has been happily married for nearly 16 years and has three children, two daughters and a son. She loves to travel internationally and is fluent in English, French, Arabic and a beginner in Spanish. She has also been active in Rotaract and Rotary Club in Lebanon and Bixby, where she now lives, for many years.