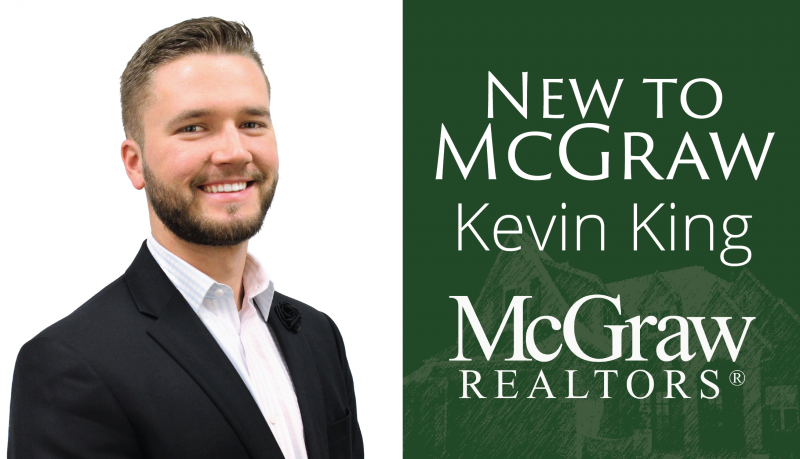 Kevin King has joined McGraw REALTORS. A native Tulsan, Kevin graduated from Jenks High School, where he also played football. After high school, Kevin attended NEO A&M in Miami, OK for a year on a football scholarship, which led to securing a preferred walk-on spot at OSU, where he was a kicker for the Cowboys’ team, and received the honor of being an All Big 12 Commissioner’s Honor Roll Athlete for 3 years.  He completed his final 3 years of college there and graduated with his Bachelor’s Degree with a major in Entrepreneurship and a minor in Marketing.

Out of college Kevin entered the fast track management program at Dillard’s, where he worked his way up to managing a staff of 25 people. During that same period, Kevin started an E-commerce business which led him to the offices of Bill McCollough, President of McGraw REALTORS and John Woolman, past President and current CEO of McGraw REALTORS. It was his business association with both that introduced the career potential in real estate and led him to make the jump. Kevin obtained his OK Real Estate license this year and is specializing in residential listing and sales.

In addition to choosing McGraw REALTORS because of his business dealings with Bill and John, Kevin says, “McGraw provides the tools necessary for their agents to succeed. The agents there are focused on the success of the company as a whole and willing to help each other out.”

Kevin lives in Broken Arrow with his wife. When not selling real estate, Kevin enjoys spending time with his family at the lake, where he loves wakeboarding and relaxing in the summer. He still keeps up with as many sporting events as possible and enjoys working out.

Kevin quotes Tim Ferriss and says, “The question you should be asking isn’t, ‘What do I want?’ or ‘What are my goals?’ but, ‘What would excite me?’ And Real Estate excites Kevin.