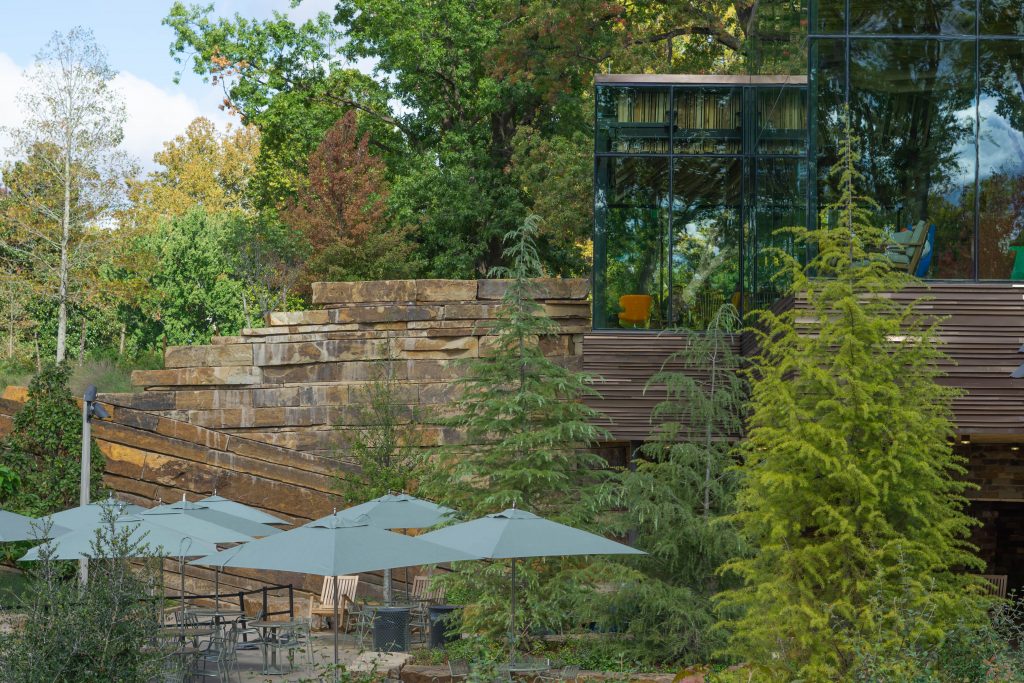 Midtown is a largely residential district in the heart of a city. Tulsa’s Midtown runs north to south, 11th Street to 51st Street, and west to east from Riverside Drive to Yale.  The homes were built from the early 1900s to the 1950s, with styles ranging from Craftsman Bungalow, Ranch-Style to Greek Revival and Contemporary. “When these homes were being built, there was no ‘Midtown’, there was only Tulsa,” says Gordon Shelton.

When President Eisenhower was developing the interstate transportation system in the US he planned to have I44 run through Tulsa’s beautiful and vibrant downtown. Tulsa’s Mayor Norvell did not want  “Super-Duper Highways” spoiling downtown so he made the federal government build I44 at the outside Southern edge of Tulsa. Everything south of I44 was farmland, everything north of it was Brookside.

The Brookside neighborhood was platted in 1929, but all construction in the US was stopped due to the depression and Brookside did not begin development until a decade later.

Brookside is the “Heart of Midtown”

Gordon Shelton has been a realtor for 26 years and a McGraw agent since 2001. Gordon grew up in Midtown Tulsa near 31st and Peoria, and like so many baby boomers, has moved into a home near his childhood one. Gordon tells us, “Brookside is the only street in Tulsa that has a conglomerate of shops where you can get anything you need to live, from tire shops to dry cleaners to food, in a two-mile stretch. There are 34 restaurants from 31st Street to 51st Street.  It is the heart of Midtown.”

You Can Find All Types of Housing Opportunities in Midtown

“You can drive around the neighborhoods in midtown and see lot after lot where the old home has been torn down because it has lost its usage as far as size and amenities.  It has become economically feasible to remove the home and build a new home,” Gordon explains. This trend is due to the desirability of the location and people are willing to pay for a new construction in midtown as opposed to building a new home out south.

The homes that are not being removed are being refurbished with updated electricity, plumbing, kitchens and bathrooms and refinished original hardwood floors. The bungalow style homes have intact period architectural charm, reminding baby boomers of the homes they grew up in.

Midtown is Close to Everything

The baby boomer generation does not need a large home since they don’t have kids living with them anymore. They don’t want the large yards or the swimming pool to keep up with. They want a location that is easily accessible close to everything. They want to walk to restaurants and shops. They don’t mind paying a little more for a smaller home in an easily located neighborhood.

Midtown living in Tulsa is close to:

Midtown Living is For Everyone

“Midtown living is for young people, retired people, newly married couples…it is for everyone!” says Gordon.

Millennials are also choosing to live in Midtown neighborhoods. Young couples with kids want to live in an environment that is family-friendly, safe and has a good school system.

The trend for boomers to migrate from the suburbs to the midtown area revolves largely around convenience and lifestyle amenities. After the children are grown and gone, priorities begin to shift. Many retirees want to live in a community that offers easy access to their favorite shops, restaurants, and green spaces and parks to take the grandkids. They want to live in a neighborhood with strong community involvement. The Brookside Neighborhood Association is the largest in Tulsa, and Midtown has more festivals than any other part of Tulsa.

Just a Few Midtown Events You Can Participate In

The Kindall-Whittier neighborhood, built on anchors like the Circle Cinema and the University of Tulsa is becoming an attractive destination for young professionals and families seeking a vibrant urban neighborhood with contemporary housing and services. The annual “Lights On” celebration sponsored by McGraw REALTORS® features food, music and Santa.

A new venue is the upcoming Mother Road Market at 11th and Lewis. The Grand Opening is scheduled for the first weekend in November, 2018. This is Tulsa’s FIRST food hall, developed by the Lobeck Taylor Family Foundation in the historic 1939 Scrivner-Stevens Co. Grocery building It promises to be a vibrant community space to eat sip shop all under one roof.

Gordon is a specialist in the Midtown homes. He has lived there since he was born. He loves the area and enjoys working within a radius where he can service his sales and listings easily. Gordon advises, “No matter what area of town you decide to move to, choose an expert to help you.” McGraw REALTORS® has over 400 agents waiting to help you with your next home purchase.